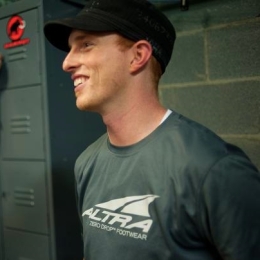 Golden graduated with a degree in Exercise Science and did his collegiate studies on running technique & running injuries. He grew up working in his family’s running store, was an All-American Cross-Country runner, and holds a world-best for a 12-year old in the marathon at 2:45:34.


Running History
Golden started running as soon as he left crawling and has never looked back.

Between the ages of 10 and 14, Golden ran 5 marathons, debuting with a State Record 3:08 performance.  He followed that up with a 2:57 performance that was good for a National Best for age 11.  At age 12, he ran the St. George Marathon in 2:45:34, setting a world best. He went on to win 2 Cross Country State Championships.  He ran the Foot Locker Cross Country National Championships & broke the previous National Record for the 5k in Cross Country that day, as did the likes of Dathan Ritzenhein, Matt Tegenkamp, Ian Dobson, Josh Rohatinsky, and Alan Webb.   His Senior year of college, Golden nearly went undefeated at collegiate distance Cross Country races.

Golden has always been an avid mountain runner, and has recorded top finishes in many mountain races in the Rockies, including winning the Jupiter Peak Steeplechase as well as his debut 50 mile race by nearly an hour against a competitive field of sponsored athletes.

In addition to competitive running, Golden grew up working in his family’s specialty running store, educating people about proper running technique and becoming an expert on running injuries.  His 20 years of working (& nearly 10 years of management) at a running store are a huge asset.

Golden studied Exercise Science at two Universities, where he was particularly focused on biomechanics, kinematics, and coaching.  During this time, he wrote several research articles on running-related injuries and running technique.

With the knowledge of proper biomechanics and a passion for reducing running injuries, he developed the world’s first cushioned Zero Drop™, Foot-shaped running shoes after appeals to major shoe companies fell on deaf ears. Golden’s running experience and commitment to helping people run better were the driving force in the creation of Altra.

o   Graduated from Brigham Young University with a Bachelor’s degree in Exercise Science: Fitness & Wellness with a Business Management emphasis 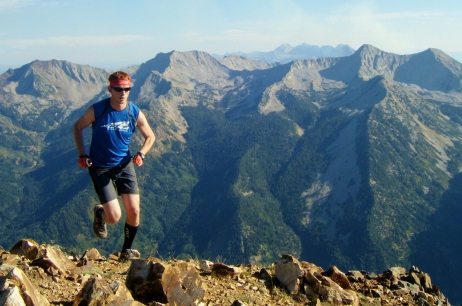 o    Despite both coming from non-athletic backgrounds & starting to run later in life, Golden’s parents have both achieved the highest levels of running.

o   His father Hawk has finished over 70 marathons, winning several, and posting a personal best of 2:22. He also holds a state record for the Double Marathon.

o   His mother Cheryl held the State Record in the Marathon for 20 years and went to the Olympic Trials 4 times.  She also set a National Best by running a 24:39 8k.