People often ask if they should still wear their supportive insoles or orthotics when switching to more natural footwear that allows the foot to support itself. The answer is yes…at first. I believe that everyone should own a pair of supportive insoles or custom orthotics, with the goal being to keep them in the closet as much as possible. With that said, life happens, and they should be used strategically, like you would use a cast temporarily when breaking a bone. If you tweak something and need to take pressure off the area, pop your insoles or orthtotics in for a few days, and then once things are feeling well enough again, put them back in the closet.

The reality is that even though more natural shoes with truly foot-shaped toe boxes and without raised heels allow the foot to support itself, years of wearing traditional shoes and/or supportive insoles have weakened the foot and more or less made it forget how to do so.

For this reason, it is recommended to only change one variable at a time. By this I mean that if you want to change to more natural shoes, you should probably keep other variables, like the insoles you wear, the same. The flip side would be true as well. If you wanted to stop using supportive insoles, then it might be wise to not change your shoes at the same time. With that said, starting the process of phasing out insoles or orthotics can begin almost immediately and is easily done.

The long-term goal is to be able to strengthen the feet to the point they are no longer reliant on the so called “support.” Think of supportive shoes, insoles, or orthotics as a band-aid that temporarily protects an area. Meanwhile, keeping the foot in its natural position and doing foot strengthening is like physical therapy that is a long-term solution, allowing the body to move and act the way it is meant to. Strong, dynamic feet say “I am the support, I don’t want or need the support!” In fact, many people with decently strong feet hate the feeling of any so-called “arch support” in their shoes. Remember, just like pretty shoes make ugly feet, supportive insoles make weak feet! 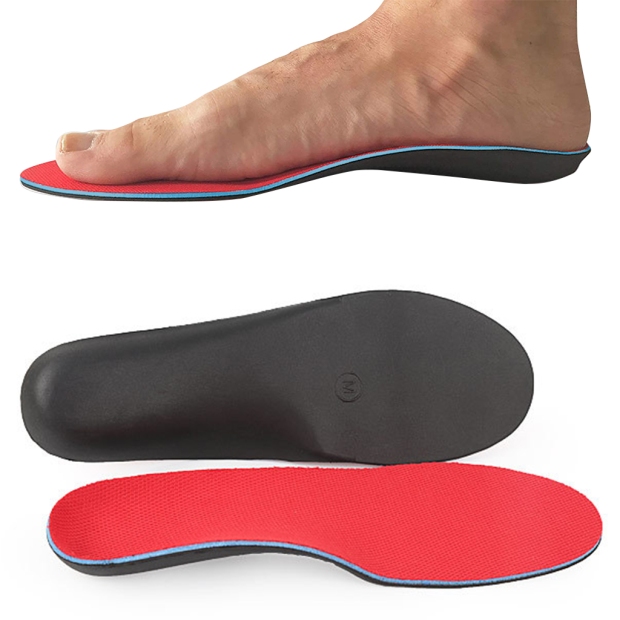 For more info on how to do strengthen your feet, read my article on reducing your dependence on supportive insoles or orthotics.

Article summing up why flat feet are not necessarily bad here and here.